on Ubuntu when you install Nodejs some times it doesn't install the LTS version
> for me the Nodejs version was only installing 10.xx.x

most of developers that using Nodejs on Linux will know how to fix this, but some new comers would have a trouble so I will post a way to install NVM(Node Version Manager)

after that we need to run the NVM installer

this is the command that can find to available nodejs versions

I'll using llvm and c++ to make my own language 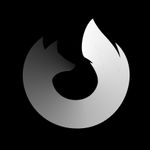